Late petition does not bar Tax Court case. In our ongoing coverage of cases related to Tax Court, we analyze an Eighth Circuit case. The U.S. supreme Court found that the time limit to file a petition with the Tax Court was not a condition of the Tax Court’s jurisdiction but rather a non-jurisdictional rule […]

WHO GETS CREDIT FOR INCREASED TAX REVENUE

Who gets credit for increased tax revenue. When you read the news these days, an awful lot of bad news is making the headlines. Increased violence, the war in Ukraine, political divide, and the massive inflation that everybody is angry at. But beneath those headlines lies the fact that the American economy after the stimulus […]

IRS push to update its computer system. The recent backlog of IRS paper tax returns has resulted in a pubic outcry over the terrible service at the IRS. While it is a bad thing, in the long run, it may be what the agency needed to get the attention of Congress, who have neglected the […]

Health coverage deadline now extended. The IRS has announced that it is extending the due dates for sending certain health care information statements to individuals as required under the Patient Protection and Affordable Care Act, P.L. 111-148. The IRS has extended the date every  year since the PPACA’s requirement went into effect because a substantial […]

Final rules permit truncated tins. In the ongoing effort to fight identity theft and tax refund fraud, the IRS has been issuing new rules and regulations, tightening security measures, coordinating efforts with both State Tax Authorities and the Tax Preparation and Tax Resolution Professional Community, all designed to increase awareness of the problem, and bring […]

HOW THE 2019 TAX RATES COULD AFFECT YOU.

How the 2019 tax rates could affect you. It is yet an undecided issue. Not until you file your tax return will you know for sure. The promise of the Trump Administration throughout the campaign and after the election was that tax cuts would be forthcoming, and that would spur the economy on. No doubt […]

Five tax deductions for savings. The Tax Cuts and Jobs Act made the most sweeping changes to the U.S. tax code in several decades, and the first time most Americans will really feel its impact is when they file their 2018 tax return sometime in 2019. With that in mind, here are five deductions or […] 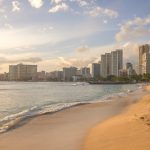